Outline principles that define the SCLOA

Describe the role of situational and dispositional factors in explaining behavior

Explain the formation of stereotypes and their effect on behavior 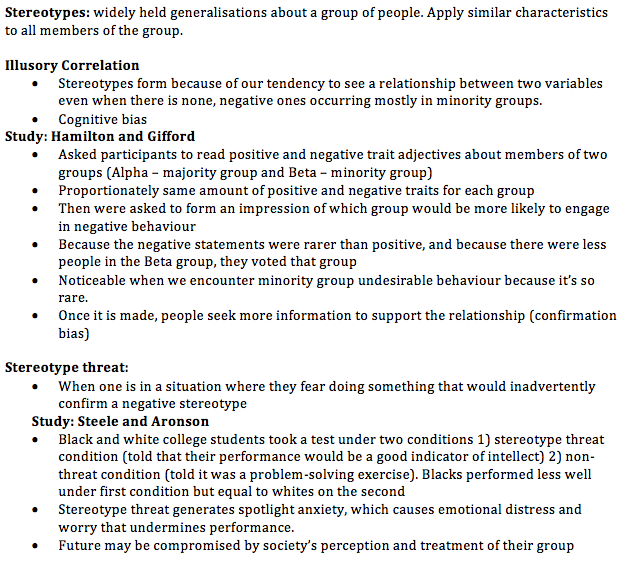 Intro: SLT states that people learn by observing those whom they look up to, then by replicating their actions.
Attention – Paying attention to the model.
Retention – Retain the behaviour of the model that was observed.
Reproduction – Replicate the behavior of the learning model.

Motivation – Learners must want to display what they have learnt from the learning model.

Bandura 1977
[A]To demonstrate that learning can occur through observation of role models.
[P][F][C]
Charlton et al. (2002)
Observation of the introduction of television in a remote community (St. Helena)
Aim:
To investigate whether children in St. Helena would exhibit more aggressive behavior after the introduction of television to the island in 1995.
Procedure:
Results:
There was no increase in aggressive or antisocial behavior. This was also the case after five years.
Discussion of results: (goes against SLT)
Evaluation:
The study investigated a real-life event and is high in ecological validity. It does not question SLT but rather the results of Bandura and Ross (1961). The results also confirm the idea that people must be motivated to imitate behavior.

Conclusion:
All 4 of the ARRM need to be present for the most replicated SLT. With one of them lacking, the same conclusive results from Bandura's study is not seen.

Culture: common rules that regulate interactions and behavior in a group as well as a number of shared values and attitudes in a group

Norms: Set of rules based on socially or culturally shared beliefs of how an individual ought to behave
When individuals deviate from social/cultural norms, they may be punished, marginalized, stigmatized, or creating and affecting change in the society
Cultural norms: behavior patterns that are typical of specific groups

Using one or more examples explain 'emic' and 'etic' concepts

This shows that the interpretation of human emotion in the same way is etic. If the faces would have been interpreted differently it would have showed the emic nature of expressions as emic is the differences seen between cultures.